Us Vs Them – The Process of Othering

Human beings are social animals. It’s one of our important features, but also one of our most dangerous.

The dangers of our social instincts are perhaps most apparent during the process of ‘othering’.

The process of othering can be divided into two steps:

Othering involves zeroing in on a difference and using that difference to dismantle a sense of similarity or connectedness between people. Othering sets the stage for discrimination or persecution by reducing empathy and preventing genuine dialogue. Taken to an extreme, othering can result in one group of people denying that another group is even human.

Othering allows the categorisation of the us, the good people with good intentions, versus the them, the bad people who are the cause of our problems.

In our Western world we might know of us vs them as the phenomenon that causes the cool kids (the us) to pick on the red haired pimply faced kid (the them) at school. It escalates quickly when the them eventually attempts to commit suicide because exclusion from a group is the ultimate form of degradation.

In other parts of the world, us vs them is a popular political tool used by authoritarian leaders to get the mob behind a particular campaign. The them are an important common enemy of the otherwise non-violent people, who need a reason to support their leaders atrocities.

I think most of us could admit that there was an element of us vs them in the labelling of Islamic communities during the two decades since September 11 2001. Despite significantly higher probability of death by shark attack than death by terrorist attack, who can honestly say they’ve never looked twice at an Islamic person they saw at a major sporting event or an airport?

I have, and I have absolutely nothing against Islamic people. Maybe the handful that have committed terrorist attacks, but definitely not the other two billion odd muslims in the world. I’m not proud of it, but I’ve just fallen victim to a natural human phenomenon.

The hundreds of millions of other Westerners who had the same subconscious feeling gave our own leaders the backing they needed to undertake perhaps the most pointless war in modern history (as recent events in Afghanistan have shown).

This article from The Guardian in 2017 explains how the phenomenon of othering emanates from natural psychological reactions that we humans have as a way to deal with new stimuli.

“Humans can only process a limited amount of change in a short period of time without experiencing anxiety. It’s a natural human reaction...”

The writer goes on to show how that psychological reaction impacts our subsequent behaviour.

“When societies experience big and rapid change, a frequent response is for people to narrowly define who qualifies as a full member of society.”

Most importantly, this behaviour gets hijacked by authoritarian leaders who use these psychological reactions and natural behaviours to advance their own cause.

“Othering is not about liking or disliking someone. It is based on the conscious or unconscious assumption that a certain identified group poses a threat to the favoured group. It is largely driven by politicians and the media, as opposed to personal contact. Overwhelmingly, people don’t “know” those that they are Othering.”

“..it is used to divide and dehumanise groups, and capture and reshape government and institutions.”

“We now have not only our nation’s leadership but many of our information networks amplifying these explicit calls to exclude and dehumanise.”

“The language being used by many national leaders not only activates people’s anxiety and fear around a perceived Other, it creates new processes of exclusion and dehumanisation.”

“Conservative elites know how to strategically create and use fear of a perceived Other, by organising and manufacturing fear.”

“People don’t just figure out on their own that collectively they need to be afraid of another group. Leadership plays a critical role. Often people who have been living with one another for years are made to feel suddenly that those differences have become threatening.”

Not surprisingly, this article was written as a criticism of President Trump, but I do hope that people can apply the same level of intellectual honesty they did when reading this today as they did back then.

Because the challenge with identifying live examples of othering is that whilst the leaders driving a campaign know exactly what they’re doing, no one in the mob ever believes let alone admits that they’re an offender. The crowd who follow their messages never feel that they’re doing anything other than acting in the best interest of their society.

Us vs them mentality and subsequent human rights breaches are often associated with religion.

Religion is defined as human beings’ relation to that which they regard as holy, sacred, absolute, spiritual, divine, or worthy of especial reverence. It is also commonly regarded as consisting of the way people deal with ultimate concerns about their lives and their fate after death.

We might think that religions are about one groups belief in who is God as compared to another, but at its core religion is just a system that humans use to set a framework for their internal values and beliefs.

The Nazi’s concern around the Jews was less about their belief in one Hebrew God and more about the ability to label them, a group who were often involved in banking, as the cause of our problems – the state of German finances.

In most of the us vs them instances, it starts out fairly malign. Othering is a trend that we must recognise early if we are to avoid the consequences that come once the labels become accepted as normal and true.

“Long before the Nazi government passed laws officially targeting Jews, they used propaganda to spread false and insulting antisemitic stereotypes about Jews. The circulation of hateful and divisive ideas is a kind of social othering that can set the stage for more violent acts…If these othering opinions spread unchallenged, they are more likely to be accepted as normal or true. And then it becomes easier for governments and other groups to enact repressive laws or take violent action against the people who have been othered.” 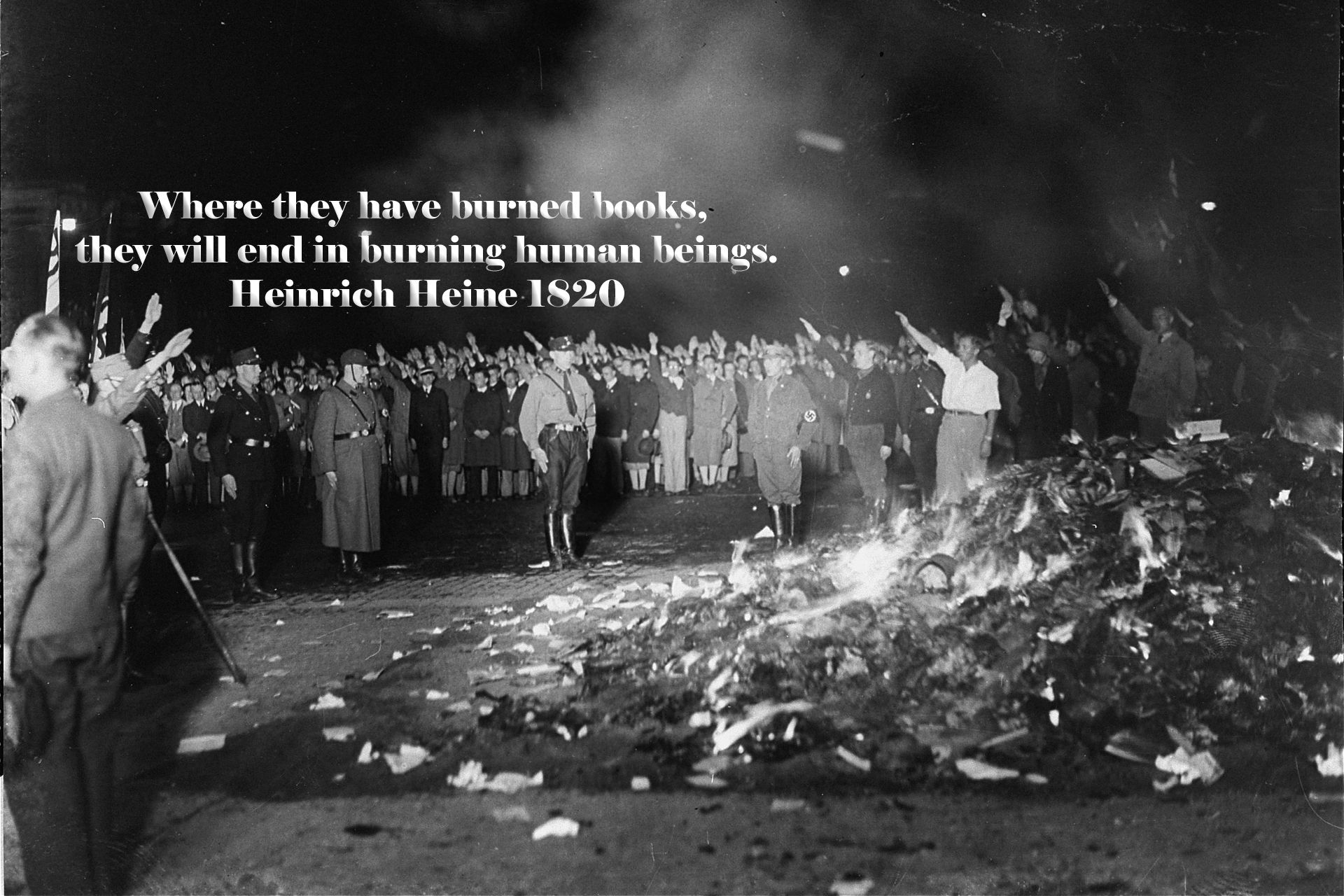 The devout Christian and devout Jew have a fundamental difference of opinion in who Jesus Christ was. But fortunately many Christians recognised the labelling of Jews as the others and put aside their differences in belief to support ending the Nazis. We do not need to agree with another groups beliefs in order to say no to the emergence of us vs them behaviour.

Is there a trend today where we are starting to see books burned, or a group of people being labelled as the others?

I am going to provide a few recent articles or headlines.

People who refuse to [othering behavioural trait) are no longer decent members of society.

If we want the best chance of [desired social outcome], the [others] need to start acting more like the [us social group].

An [other label] California elementary school teacher, who went to work while [dangerous others behaviour], ended up infecting 26 people, including half of the class.

NFL, NFLPA should disclose the full list of [others label] players

San Francisco’s new rule: Proof of [us identification] or no dining in

How the [others] threaten the economy

The United Nations adopted the Universal Declaration of Human Rights in 1948. The 30 individual articles sets out “fundamental human rights to be universally protected”. 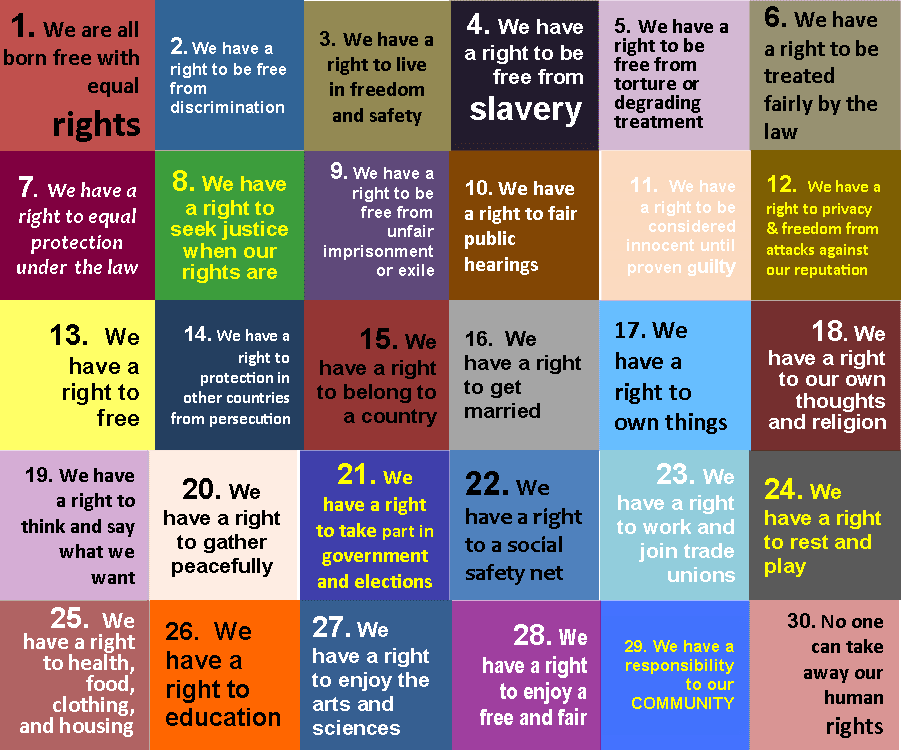 Is there evidence that a particular new class of others are having their fundamental human rights breached in much of the Western world today?

I’m not going to say that you need to agree with the others. In fact, I encourage you to fundamentally disagree with them if that’s the conclusion from your own independent assessment on the topic at heart.

But I urge you to learn from the lessons of history on the dangers of labelling them. That’s labelling by names. That’s withholding their rights to any of the 30 articles listed above. That’s imposing a modern version (perhaps a digital passport) of the Nazi yellow star.

We’ve spent most of the last decade campaigning for a more inclusive society – one that treats all men and women as equals regardless of their race, colour or creed. But standing up for the others takes bravery, empathy and compassion.

Marching with the mob for Black Lives Matter in 2020 was easy. Those who marched with Martin Luther King in the early 60’s were the real heroes who espoused those values.

Standing up for the others today is more akin to the person who stood up for black lives in the 60’s. But it’s up to you as a good and decent human being to say no. You will not accept the segregation of a group within our society, full stop.